“Everyone can play a part in helping the needy, aside from financial support and contributions in kind, individuals can also do their bit by offering their skills and sharing some quality time with the less fortunate. “

Mr. Tan Yong Seng, Honorary Secretary of Rumah Sejahtera Permatang Tinggi said that it was the first time for Da Ma Cai to organize its Chinese New Year Charity Programme at the home, in fulfilling its corporate social responsibility by contributing to welfare organisations in the Northern Region. It was also an honor for them to receive representatives from other welfare organisations for the presentation, while bringing joy to the elderly.

“We hope that Da Ma Cai will continue with its charity contribution and efforts.” 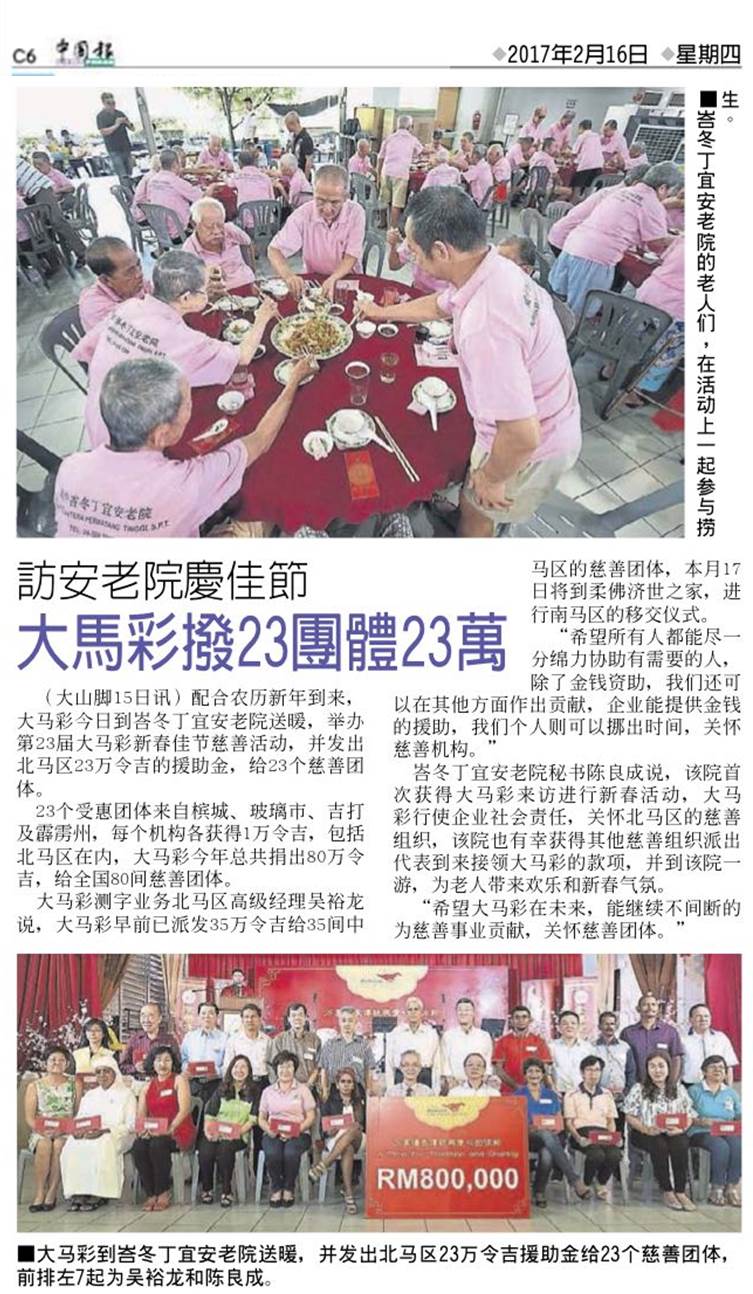