Da Ma Cai jackpot likely to be won in January

January has been a lucky month for Da Ma Cai customers since 2013. In total, RM49 million 1+3D Jackpot prize money has been won in the month of January for the past 5 consecutive years.

With just a week into 2018, Da Ma Cai’s 1+3D Jackpot 1 prize money has once again snowballed to over RM28,500,000. At this moment, it is the highest 1+3D Jackpot in town, and the potential January lucky jackpot winner could emerge soon.

If the 1+3D Jackpot 1 prize money go beyond RM30,000,000, the cascading rule will kicks in whereby any amount Jackpot 1 in excess of RM20 million will cascade to 1+3D Jackpot 2 prize to more than RM10 million. As the 1+3D Jackpot 2 have 60 possible winning combinations, therefore making it easier to win millions! Giving the lucky winner a chance to take home either Jackpot 1 or 2 exceeding RM10 million, turning into a multi-millionaire. 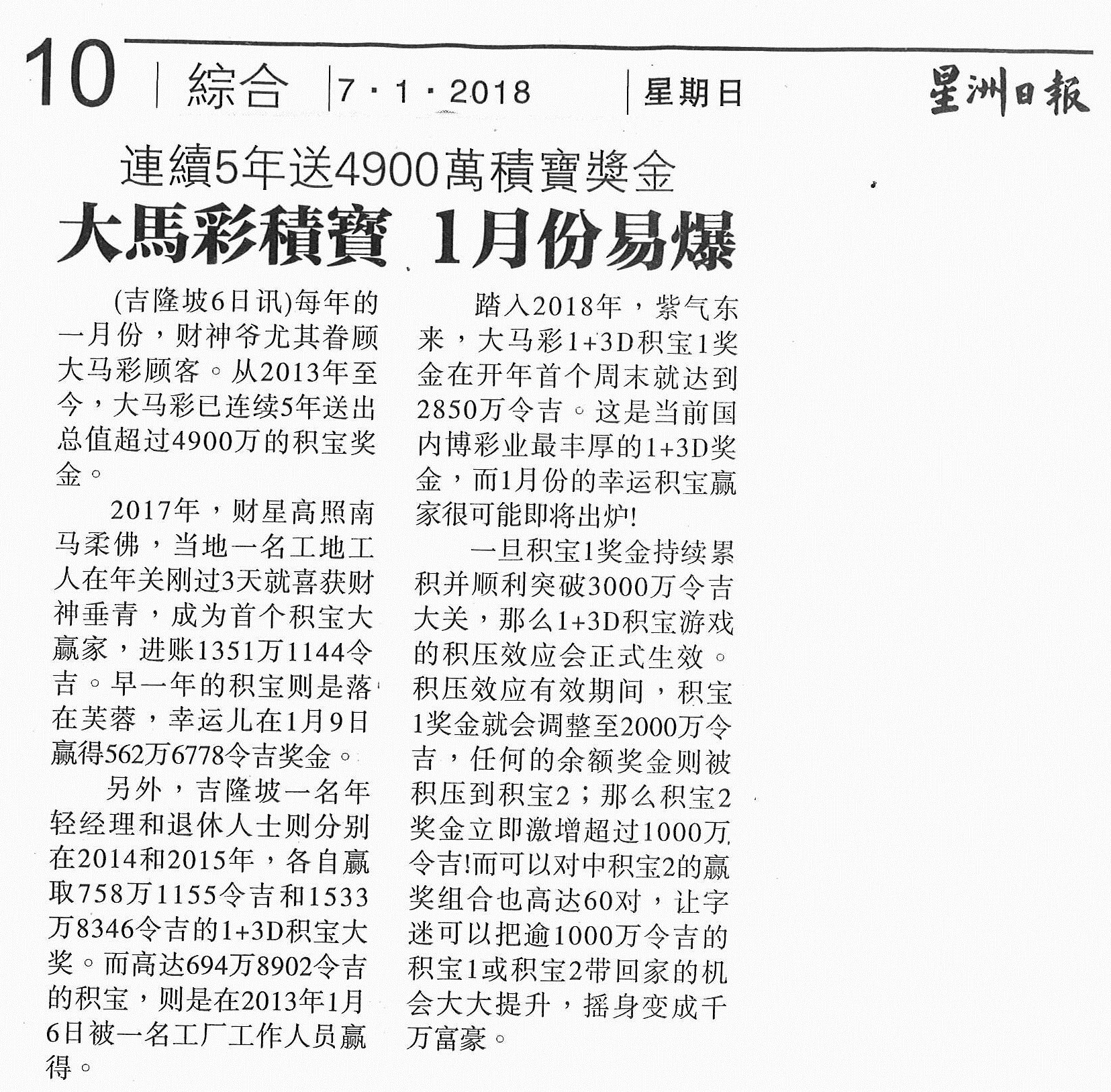