The tale of good fortune began with a man from Kedah having purchased a new refrigerator and washing machine for his new house.

He shares that he always dreams of winning the jackpot but to actually win it is surreal.

“I spend RM3,271 for the new fridge and washing machine and the last four digits of the receipt number was 4348. I bought a HSSB4 ticket together with the model number of the home appliance. Winning comes as a surprise indeed.”

Two other men from Selangor and Johor were the luckiest winner ever as they rode on this lucky wave. Both were approached by the sales operator to get a system generated Lucky Pick ticket displayed at counter, and their eyes landed on the HSSB4 Lucky Pick ticket containing the same set of numbers 3271+4348. The trio took home RM5.3 million each.

The following week, Da Ma Cai awarded another Johorean with RM3,573,633 for winning the 1+3D Jackpot with the pairing of 7452+1316. According to him, the winning combination derived from a receipt for a new plasma TV he had purchased.

All 4 new millionaires said that they will spend part of their winnings on charity.

Da Ma Cai spokesperson said, “The House Share System Bet (HSSB) allows a customer to play 1+3D Jackpot System Bet in an affordable way by buying a share of the System Bet. Although the 1+3D jackpot has been won, there are still big prizes up for grabs. Heading into the coming draws, our 3+3D Bonus game has a total of close to 9 million-ringgit Bonus prize to be won.”

To date, Da Ma Cai has distributed a total of RM1.32 million to winners striking the 1st Prize of 3+3D Bonus since Da Ma Cai launched the new game in April.

To add excitement, the 3+3D Bonus game also has the Bonus element that is made up of the twelve Chinese zodiac. Matching the 6D numbers together with the zodiac allow customers to win additional Bonus prizes. Currently, the Bonus prizes for both 1st and 2nd Bonus Prize has accumulated to over RM3 million while the 3rd Bonus Prize is more than RM2.5 million. 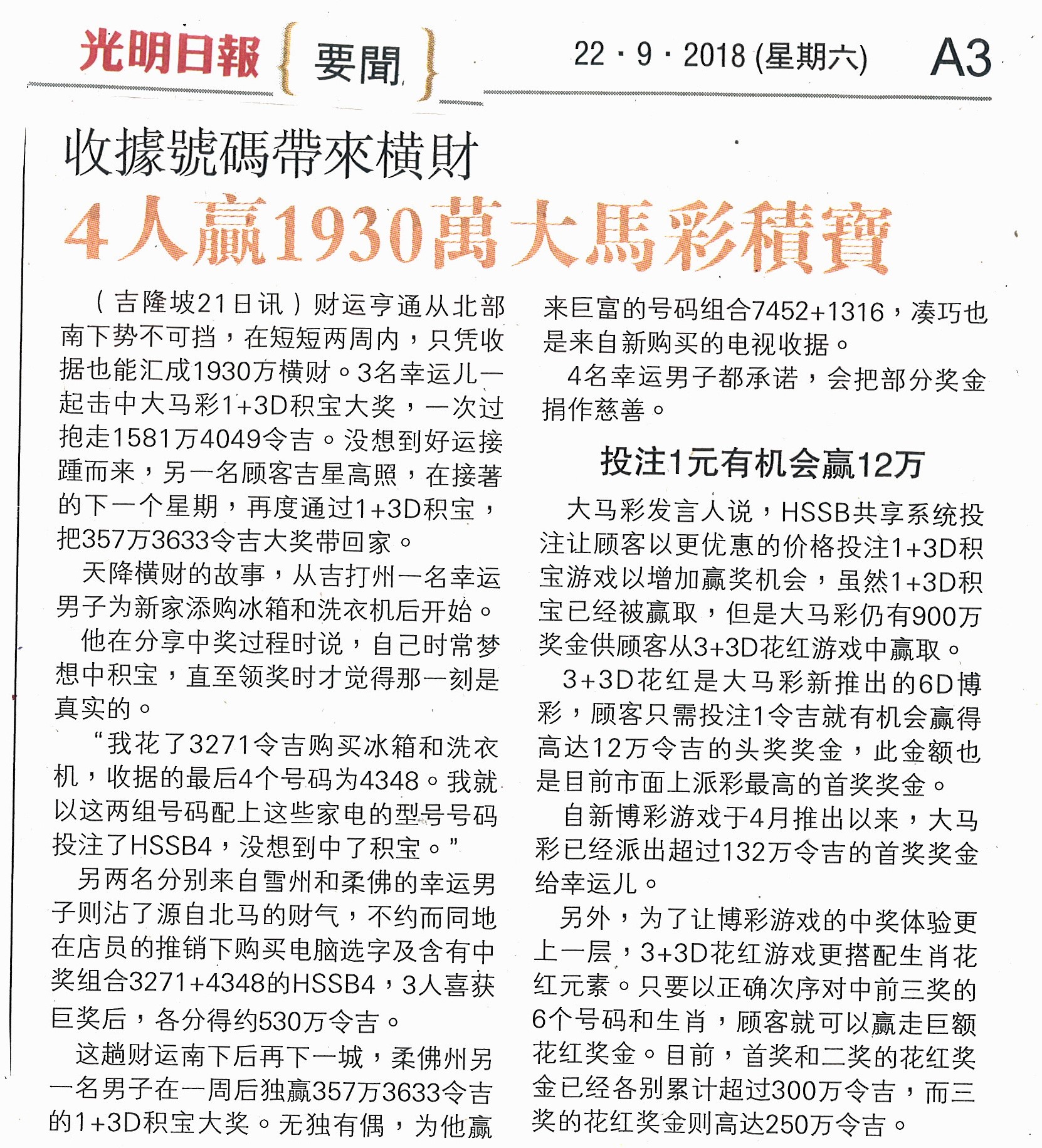