A retiree in his seventies became the first lucky person to win the full bonus prize of the Da Ma Cai 3+3D Bonus Game worth RM3,383,969 with the winning combination 983 299 + Goat. His winning 6-digit number also wins him the fixed odd prize of RM15,000.

The winner had bought a Lucky Pick ticket consisting 5 sets of numbers which contains his own zodiac, the Goat, amongst them.

Da Ma Cai spokesperson said, “3+3D Bonus is also the only game that offers multiple bonus prizes to be won. While the second prize bonus has been won, the game still has two other million-ringgit prize waiting to be won. The two bonuses are worth RM3,077,963 for first prize bonus, and RM2,554,060 for third prize bonus respectively.”

This is the third week in a row that the million-ringgit prizes have been won from Da Ma Cai. Last week, a Johorean won the 1+3D Jackpot worth RM3,573,633 while the week before, 3 lucky winners shared RM15,814,049 of the same jackpot.

On an annual basis, Da Ma Cai actively supports various causes in the areas of education and social welfare. Following the acquisition of PMP by Jana Pendidikan Malaysia Sdn. Bhd. (“JPM”), all of PMP’s net dividends that JPM receives are donated to The Community Chest. With this structure, Da Ma Cai has effectively been transformed from a for-profit organization into a social business, providing long term donations to The Community Chest for the benefit of the Malaysian community. 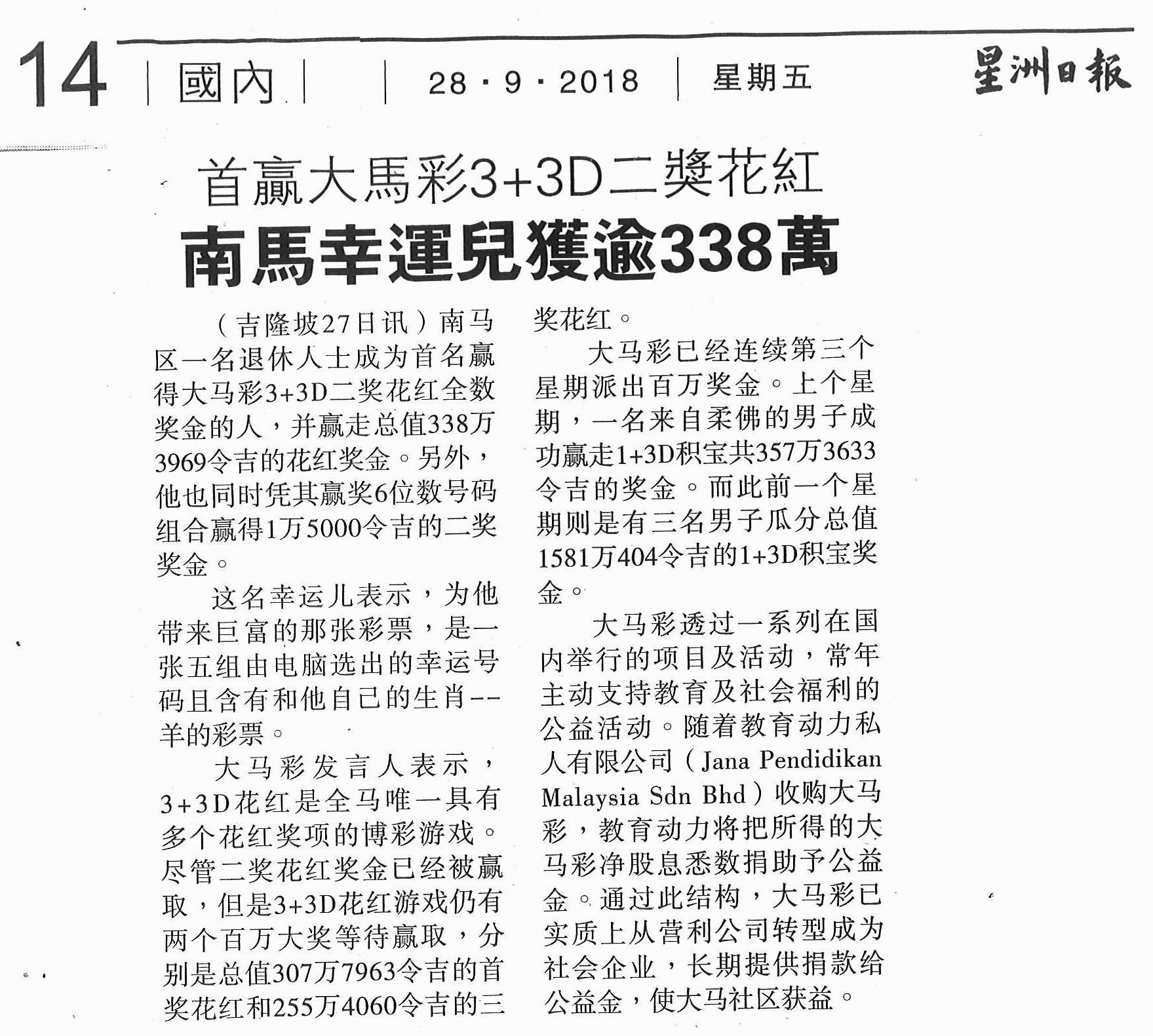