A businessman from Selangor had a stroke of great fortune, just a few days before the celebration of the Lunar New Year of the Boar begins. He won the Da Ma Cai 1+3D Jackpot worth RM12,636,308 with the number combination of 2804+0818.

The lucky winner in late thirties said the winning combination was part of his IC number and his girlfriend's IC number. The inspiration came to him to combine both their IC numbers after he dreamt of himself cooking Chinese New Year dinner for her.

"My girlfriend is a chef. I don't cook for us since her cooking is way tastier. We always joked that if I ever cook for her, something extraordinary is definitely going to happen. So I took a hint from my dream and placed my bets”, said the lucky winner.

The man added that he will proposed to his girlfriend during the new year to surprise her. The lucky winner told Da Ma Cai spokesperson that he plans to invest in a house for themselves and will be making a donation for a charity home at his hometown.

Da Ma Cai spokesperson added, “Although the 1+3D jackpot has been won, our customers can still look forward to the new 3+3D Bonus game. Currently the new game offers multiple bonus prizes totalling over RM7.6 million to be won by matching the 6-digit number in exact order and its Chinese Zodiac Bonus." 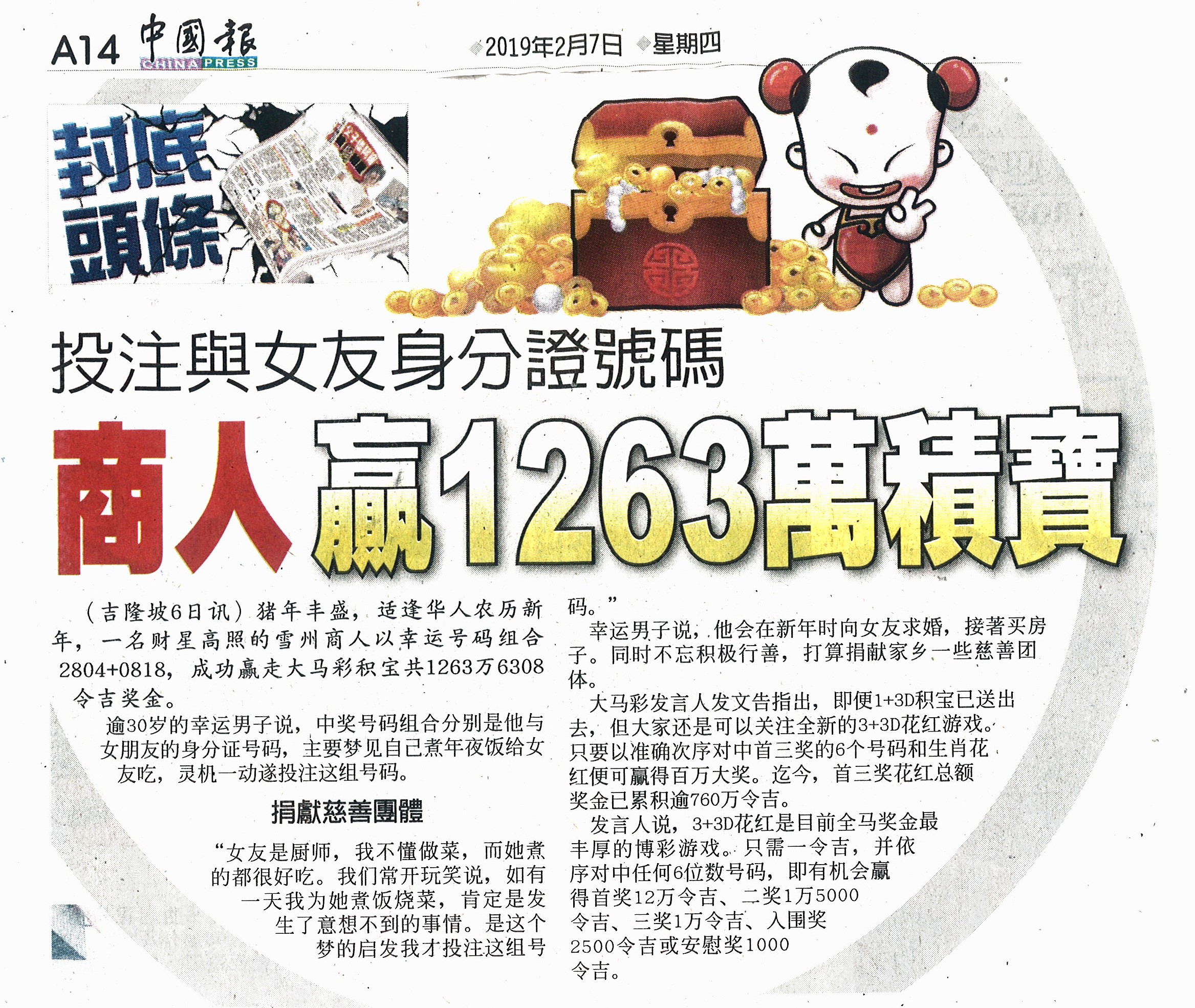