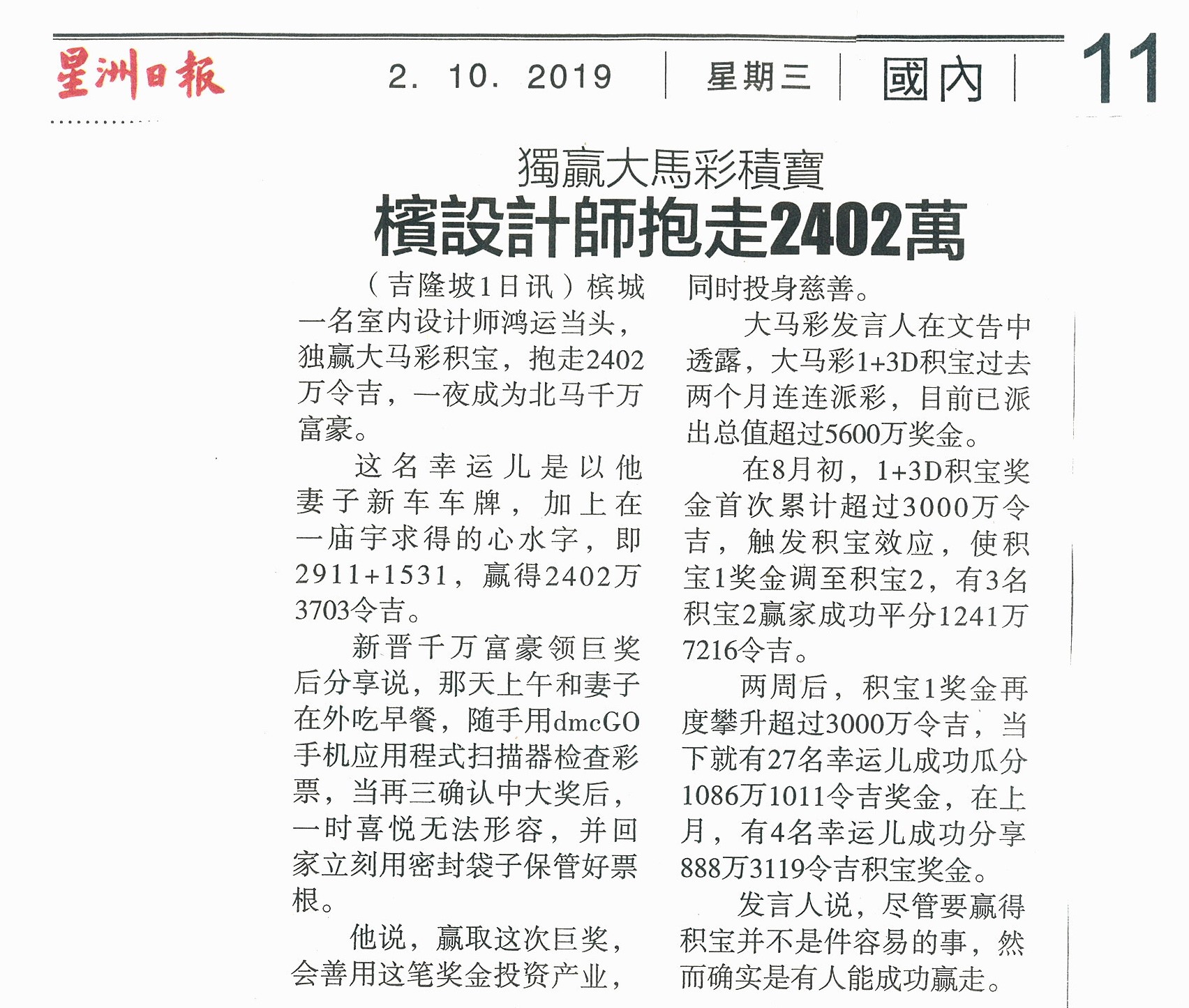 An interior designer from Penang turned overnight multimillionaire when he won the Da Ma Cai 1+3D Jackpot worth RM24.02mil.

The lucky winner played Da Ma Cai 1+3D Jackpot game with the number 2911 & 1531. The number was that of his wife’s new car number and a lucky number that was given to him during his visit to temple. The combination ultimately wins him RM24,023,703.

The lucky winner said, he checked his ticket with the dmcGO apps ticket scanner together with his wife during breakfast. They were awestruck and speechless for a moment when the app showed that he had won the jackpot prize. They went home immediately to safe keep the ticket in a resealable bag.

The lucky winner planned to use some of the money to invest in properties and donate to charity.

He added that while the odds of winning the jackpot may be high, the fact is that some people will eventually win.